Matt Jaskol is perhaps now best recently known for being a NASCAR driver for the AutoParts4Less.com racing team. Prior to that he received international fame as a cast member on the ABC reality show Castaways, surviving 41 days in jungle without food or shelter. The Las Vegas native has spent the better part of his life pursuing his ambitions including being a F1 development driver for Red Bull in his late teens. Whether as an aspiring professional racing driver, working in the film industry as a stuntman, or pursuing his hobby of skydiving, Matt has lived his life to the fullest and has every interest in continuing doing so.

Jaskol has over 30 years of racing experience (at only 36 years old) many of which he spent as an instructor. He has competed in many disciplines of Motorsports including open wheel/Indy Car, Off-Road, Sports Cars and NASCAR. After his first skydive 7 years ago, Matt has found a passion in skydiving and has now completed more than 2000 skydives around the world along with becoming a professional tandem instructor! Additionally, Jaskol is an athlete who can often be found cycling and training for triathlons. Outside of his hectic and adventurous lifestyle, Matt still finds time to help take care of family, his father’s business and is active with many local Las Vegas charities. 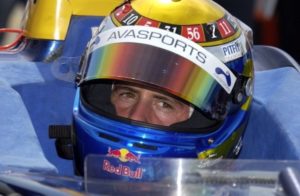